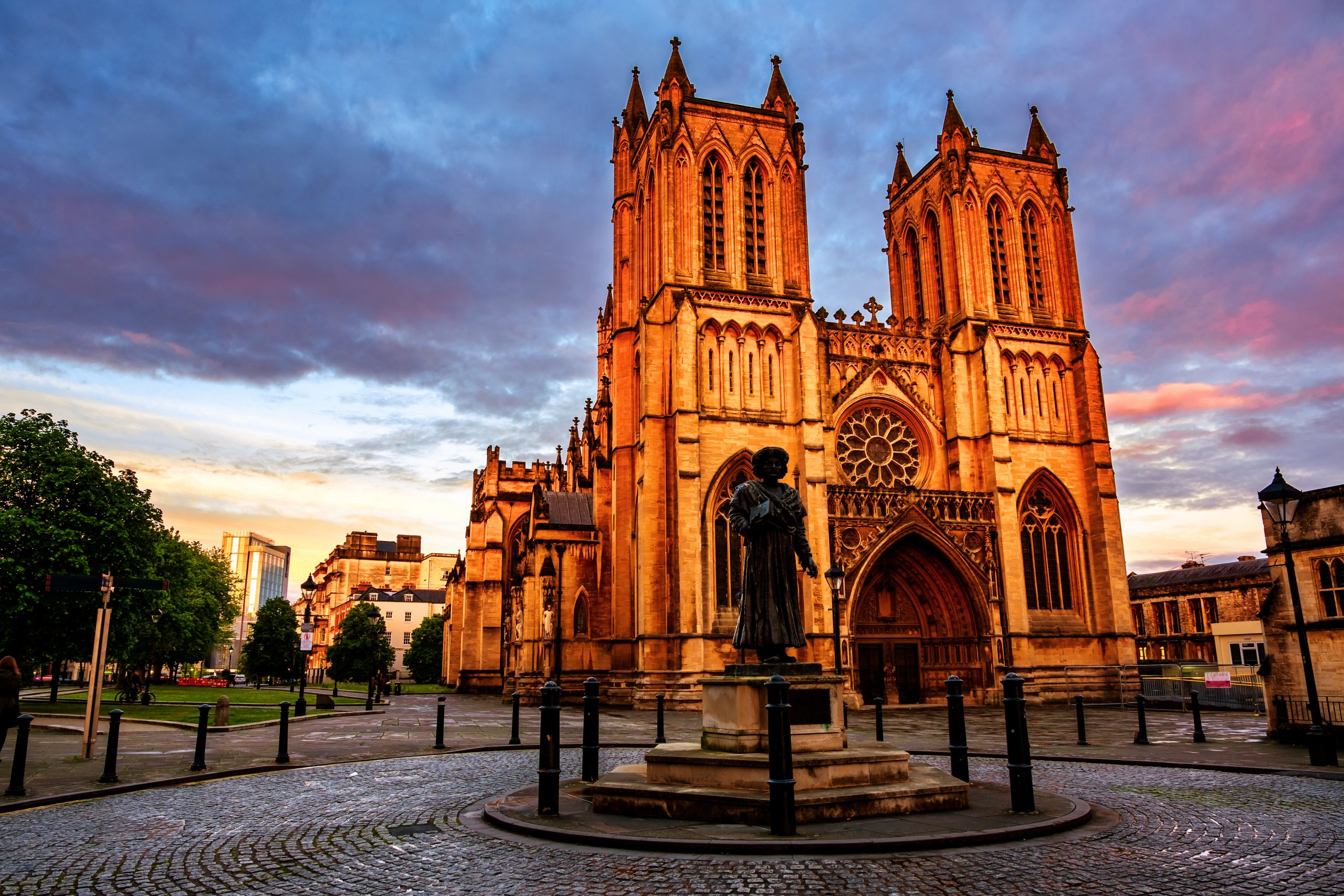 The Bristol Cathedral is one of the oldest and most beautiful religious sites in Britain. Here, we’ll explore its fascinating history, impressive architecture, and why it remains an important place of worship and pilgrimage today.

The Bristol Cathedral, formally the Cathedral Church of the Holy and Undivided Trinity, is a Church of England cathedral in the city of Bristol, England. The present building was consecrated in 1140 and dates from the 12th century. It is one of the largest churches in Britain and contains one of the tallest towers in England.

The Bristol Cathedral was founded as St Augustine’s Abbey in 1140 by Robert Fitzharding, making it one of the oldest religious sites in Britain. It was built to house Augustinian monks and served as their headquarters until the Dissolution of the Monasteries under King Henry VIII in 1539. After that time, it became a parish church and later underwent several improvements, most notably the addition of the Gothic towers.

The Bristol Cathedral has been a place of worship and pilgrimage for centuries. It is known for its beautiful architecture and stunning views from the top of its towers.

The Cathedral is home to a number of important artefacts and works of art. The cathedral also houses an impressive collection of stained glass windows, many of which date back to the 13th century.

A stunning example of Gothic architecture. The main body of the cathedral dates back to the 12th century, while the towers were added in the 15th century. The exterior of the cathedral is decorated with intricate carvings and sculptures.

The Bristol Cathedral is open to visitors year-round and offers a variety of tours and events. It is one of the most popular free tourist attractions in Bristol and receives over 500,000 visitors each year. Located in the heart of Bristol. It is situated on College Green, opposite the University of Bristol. The closest train station is Bristol Temple Meads, which is about a 10-minute walk away. There are also a number of bus routes that stop near the cathedral.

If you’re looking for a beautiful and historic religious site to visit, the Bristol Cathedral is a great choice. With its fascinating history, stunning architecture, and important artefacts, there’s plenty to see and learn at this important place of worship. Whether you’re a local or a tourist, make sure to add the Bristol Cathedral to your list of must-see attractions in Bristol.