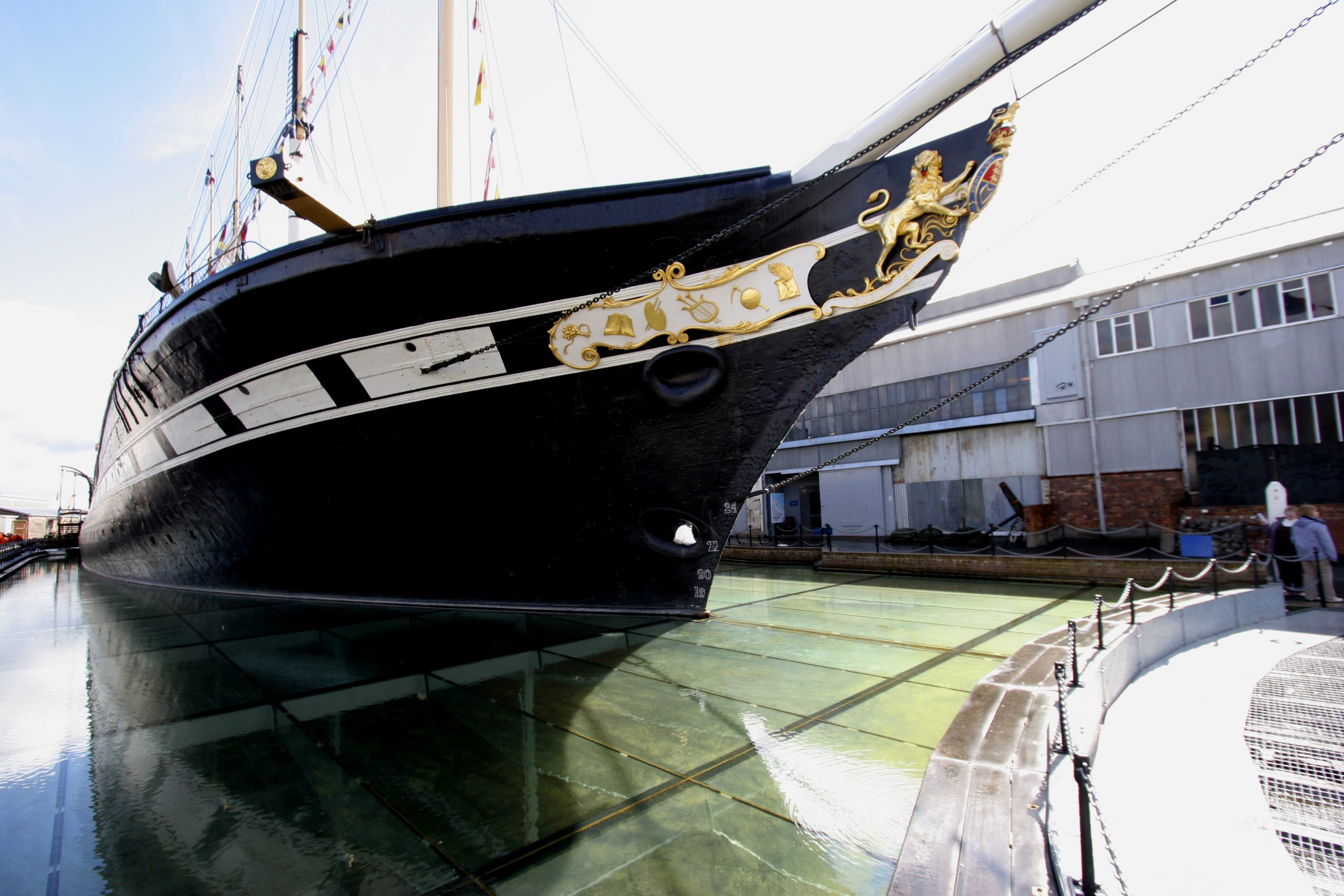 The S.S. Great Britain is a 3-masted iron steamship designed by Isambard Kingdom Brunel, and built by Great Western Steamship Company in 1843. She was the first propeller-driven ocean liner and was the longest passenger ship in the world until 1890. The ship is now permanently moored as a museum ship in Bristol Harbour.

The S.S. Great Britain was designed by Brunel as a passenger liner that could cross the Atlantic Ocean in record time. The ship was built with an iron hull and was powered by two steam engines, one for each propeller.

Built and launched in Bristol at 322 ft (98 m) in length and with a 3,400-ton displacement. The four decks provided accommodation for a crew of 120, plus 360 passengers who were provided with cabins, dining and promenade saloons.

The ship set sail on her maiden voyage from Liverpool to New York in 1845 and her crossing time of 8 days, 15 hours, and 30 minutes was the fastest transatlantic crossing at that time. The ship continued to make regular crossings of the Atlantic until 1854 when she was sold to the Peninsular & Oriental Steam Navigation Company.

The S.S. Great Britain made her last crossing of the Atlantic in 1867 and was then sold to a Brazilian company. The ship was used as a cargo ship and later as a floating prison before being abandoned in 1886. The ship was rediscovered in 1970 and was brought back to Bristol Harbour in 1974.

Now a popular tourist attraction to see in Bristol and one of the most significant ships in maritime history. Tickets cost £19.50 (£12.00 child) and include free unlimited return visits for one year from the date that the ticket is first used.